Hypersexualized culture called public-health threat April 6, 2014 at 2:19pm Az Republic luci Scott reporting Children see 30,000 ads a year, with too many sending a message that sex and human beings are things to be bought and sold, says a national expert in human trafficking and prevention of child sexual abuse.

“The objectification creates low self-esteem in girls,” said Cordeloa Anderson, author of “The impact of pornography on children, youth and culture.” “The toxic culture and social norms teach girls that sexiness is valued, and they teach boys that ‘power over’ is valued.”

She spoke recently at a symposium at the Sheraton Phoenix Downtown.

Recalling TV images in the mid-1990s of the late JonBenet Ramsey with heavy beauty-pageant makeup, Anderson implied that society would not be as shocked today.

“Do you remember how outraged we were?” she asked.

Health also is being jeopardized by pornography, Anderson said, escpecially since the Internet has made it anonymous, affordable and accessible.

“We have all been affected, whether or not we use it,” she said.

Anderson listed actions people can take: “Speak up, speak out, and take action.”

She said the hypersexualized culture is a public-health issue that requires legislation and coalitions to counter it.

“Its not acceptable that women or people in general are a product to be sold,” Anderson said. “How can we have equity if … half the population is exploited?”

Sadly these issues are found on the inside pages of a newspaper that never seems to make the evening news. Even more is that big business, like big money, hide in their profits of pornographic sites, that amass great amounts of wealth to influence and lobby government officials that are here to protect us in the first place. Its the individual who is viewing child porn and then acting on it that makes major news, not the site providing it, or the techs designing it. We are judging the individual and doing nothing to stop the provider. Sadly we are the worlds provider for pornographic material, and have created an under ground population that preys on child here and around the world.

May God have mercy on this nation. 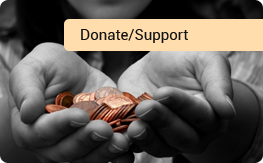 Copyright 2022 Hope For The Harvest. All rights reserved.